The Making of Pororoca

To shoot “Pororoca” a South African crew flew to the Amazon in Brazil, slept on hammocks on an overcrowded boat and faced parasitic fish to shoot the Pororoca TV commercial for Investec Asset Management.

“From the moment we heard about this job, we all knew it was the job of a lifetime,” says director of photography (DOP) Robo Wilson.

Their brief was to capture world champion surfer Sergio Laus on the pororoca – a massive wave, also called a tidal bore, which flows up the Araguari River in the Amazon basin once a year due to changing tides.

The ad was conceptualised by agency Ireland/Davenport and brought to life by production house Spitfire Films. The concept was that, similar to the endless wave, Investec Asset Management could find opportunities in the most unexpected places.

“Our first challenge was to plan what gear we would need. We didn’t have a massive budget and we had to fly to Sao Paulo, take another four-hour flight to Macapa and embark on a 16-hour boat trip from there to the northern tip of Brazil near the border with French Guiana, where the wave is at its best,” explains Wilson.

“From the moment we heard about this job, we all knew it was the job of a lifetime,” says director of photography (DOP) Robo Wilson.

“The logistics started eating away at the budget so we decided to go the Canon 5D route – we took along two 5D MKIIs and one 5D MKIII. They’re small cameras that can still produce pretty images, so we packed very lightly and kept whittling down the gear before it could fit in our luggage.’

They also took along four Go Pros and two Canon 600Ds as well as many lenses. “The most amazing one was the Canon EF 70-300mm stabilised second generation lens. We did close-ups at 50 metres that were rock steady from a bouncing rubber duck – we were amazed!’

The making of Pororoca

In addition Wilson also believed they needed aerial shots and super slow motion to do the commercial justice. “We rented a small, remote controlled helicopter-drone in Brazil for the aerial shots. It could only tilt, but it was absolutely worth it for the added production value.’ For the super slow motion footage they tracked down the new Phantom Miro, often referred to as the “baby’ Phantom because it is light-weight and ultra-compact. “We made phone calls all over the world and eventually tracked down the prototype from the NAB Show in Brazil. It wasn’t really production-friendly yet and we had to wire it to the battery of the boat, but we managed to get our footage.

Once in Brazil they were assisted by local service company Neon Rio.
“AK had built a storyline in his mind which included quite a lot of footage to build tension and anticipation preceding the big wave and show the beauty of the area. For this we shot footage of local children running, a flock of Scarlet Ibises taking off from the river and pink river dolphins. We just filmed anything and everything we thought could possibly be used.’

The tidal bore arrives every day for three days and lasts about 50 minutes. Wilson explains: “There is a low frequency rumbling that can be heard up to an hour before the wave hits. On the first day the wave was big enough for a good “rehearsal’ shoot. The next day is the big day, as the wave is so small on the third day that it’s hardly worth shooting.’

They worked from three boats, one from which the little helicopter took off. “The Brazilian handlers had to let it go from their hands and catch it when it came down. We attached foam rubber to the bottom of the helicopter so that we could salvage the footage if it went down in the water,’ says Wilson.

“I was on a rubber duck with Laurindo Almeida, the Miro operator, as our boat had to be manoeuvrable enough to get onto the wave next to the surfers, who were dropped onto the wave by Jet Ski. AK was on another boat with focus puller Bruno Brada.’

The challenges during the shoot included the boat crowded with crew, surfers and gear, heat and humidity, unpredictable weather and the danger of the pororoca itself. “It is a very destructive wave that takes out trees and dead animals as it overflows the river banks,’ explains Wilson.

Inside the river was the added risk of the Candiru – also called vampire fish – that are rumoured to invade and parasitise the human urethra. According to Wilson they were terrified of these fish.

While no-one encountered a Candiru, they had their fair share of things going awry. “At one point our little boat hit a tree with the wave advancing on us, but we managed to get the boat running again just in time.

“On the main day of shooting one of our boat’s motors also gave in just before the wave was due to arrive. We had to switch motors very quickly. As we knew we only had this one shot it was quite tense,’ explains Wilson.

He notes that his main aim was to give the footage grace. “Although it was shot handheld, with me standing on a rubber boat with bent legs trying to stabilise the camera, we tried to achieve a state where the photography belies the small, light cameras that we were using. We didn’t want rushed and shaky footage; we wanted it to be a calm, beautiful homage to the pororoca.’ 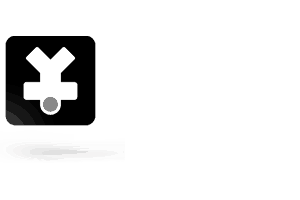